UNIX shell isn't a real programming language, so stop using like one! en-US

UNIX shell isn’t a real programming language, so stop using like one!

Don’t get me wrong, shell is extremely useful and powerful. However, it is less maintainable than scripts written in real programming languages. If you can afford to baby-sit the task and don’t need it to be maintainable, then shell scripts are a fine choice.

The distinguishing factor between these “real” programming languages and shell, for the purposes of this article, is the ability to define datatypes. As Billy Beane famously remarked, “There are strongly typed languages and weakly typed ones [both permit user-defined datatypes]; Then there’s 50 feet of crap, and then there’s shell.”

Even within simple datatypes, life is hard: if var="name with space", then command $var expands to command name with space ($var is a makeshift list) rather than command "name with space" by default, when the programmer usually intends the latter. While this behavior can be avoided with quotes around "$var", this default makes it easier to write shell scripts incorrectly in a way you won’t notice until you try a specially-crafted string.

Quoting does not even solve the problem completely. Suppose var='a "b c"'. Then "$var" expands to one argument (a "b c"), while $var expands to three (a, "b, and c"). According to the all-knowing Stack Overflow, there is no variant which expands to two arguments (a and b c) short of writing your own lexer in shell or calling eval.

A defender of shell says “We should strive to build our software… so that exceptions like a filename with an odd character in it just don’t exist. Until we reach that point, computers will continue to frustrate their users for no good reason.” But there is a better way! It’s using a real programming language.

The thorns of shell programming infect the rest of the system. For example, $PATH contains a colon-separated list-of-strings. What if one of those strings needs to have a colon in it? scp also uses a colon to separate two elements of a pair (the hostname and the path), but what if the filename contains a colon? Colon is technically a reserved character, but this reservation is (usually) not checked when creating a file–apparently the system prefers to silently fail later on instead.

Complex datatypes are even more ad hoc. While Zsh and Bash do have arrays and associative arrays, there is no way to pass them between functions or compose them (no array of arrays). Perhaps, the designers of shell did not envision so many tools requiring complex datatypes. But today, a plethora tools I use regularly do. Instead of plaintext, many newer tools (kubectl, gcloud) often have an option to output structured data as JSON to losslessly emit data for a real programming language.

The shell’s inability to natively represent datatypes affects how people think about the rest of the system. For example, how should the kernel communicate complex datastructures to userspace? Influenced by shell, which can’t define data structures, many Unices use the filesytem (sysfs and procfs) to communicate structured data. Unfortunately, over the years this has accumulated a plethora of different ad hoc representations in Linux, and it is nearly impossible to take a consistent snapshot of the data.

I have a friend who says any system operation I can do in Python, he can do in an awk/sed one-liner. As a one-off command, I understand that’s a useful skill. But if you need to do this task in a stored procedure, this is the least maintainable option. If anyone needs to tweak the task (including the original author after one month), they usually have to figure out what it does and rewrite another one, hopefully in a real language this time.

As a general scripting language shell sucks really badly compared to anything new-school. Performance, portability, you name it, it’s a mess. It’s not so much the shell interpreters itself that are the portabilty [sic] problem, but (as Magnus implicitly points out) all those userland dependencies on sed and tr and awk and even variants of expr(!) that get dragged in the second you try to get any actual work done.

Some old-school Unix habits have persisted long past the point that they’re even remotely sane. Shell programming at any volume above a few lines of throwaway code is one of them - it’s nuts and we should stop doing it.

Knuth vs McIlroy is orthogonal to ditching shell

Someone is bound to mention the famous spar between Doug McIlroy and Donald Knuth (much has been written regarding this: summary, Knuth was framed, Knuth wasn’t framed, HN debate). Donald Knuth was asked to compute word frequencies from its input (“a” => 10, “the” => 7, “them” => 3, …). He wrote a 6-page Pascal program from scratch and invented a novel datastructure. Doug McIlroy wrote a 6-line shell program which did the same thing.

The transferrable point of McIlroy’s comment was that Knuth built everything from scratch to maximize asymtotic performance, while McIlroy wrote an equivalent although less performant solution by cobbling together existing tools. Nothing about it is inherent to shell or pipes. I would offer this Python program:

I believe it carries the same lesson from McIlroy’s solution (since it reuses tools: regular expressions and collections.Counter), but unlike McIlroy’s solution, it’s easier to read, easier to modify (try making it split words containing apostrophes more intelligently), gives better error messages (try passing in a non-integer argument), and it’s about 4 times faster.

Not everyone likes exceptions, but you have to agree a stacktrace is useful (for example, pass a non-integer argument to the previous program). Shell by default doesn’t even stop for errors, and if you unset that default (set -e), it doesn’t tell you what line errored out. You have to enable printing all lines (potentially many!) with set -x to get remotely useful diagnostics.

It is difficult to do parallelism in shell. Because shell is based on fork-and-exec, there is no such thing as lightweight thread-level parallelism. As for process-level parallelism, you’ve got the option to manually pass around pids (command & ; pid="${!}"), use xargs, or use GNU Parallel. It’s only fun for the very simplest kinds of problems.

In many shell expressions, undefined variables behave the same as the empty-string (no datatype to represent null). This has led to horrible bugs that delete the whole home directory.

Lack of datatypes implies the inability to statically or dynamically check types. Even Python can emit type-errors dynamically.

And all variables are a global by default??

I’ve implemented these ideas in many projects, including my most recent: ILLIXR. We used to have a shell script to build-and-run the system, then a Makefile, and then I upgraded it following the guidelines in this section to a launcher script. The script makes it far easier to launch ILLIXR different configurations programatically.

Cons of a Real Language

A new vision for shell?

The case against using the UNIX shell as a REPL is less clear cut. Most of my arguments regarding maintainability and edge-cases carry less weight at the REPL since they only have to work once, under an engineer’s supervision. Any change to the shell threatens the existing repertoire of “muscle memory,” honed over decades. But even only as a hypothetical consideration, it is worth imagining what shell could be if it supported datatypes natively.

Inventing a language is hard work, so why not reuse an existing one? Most existing languages are a bit too verbose, butone can write a front-end with syntactic sugar. This is exactly what Xonsh does for Python and Ammonite does for Scala. Although the resulting syntax may resemble UNIX shell, real datatypes are flowing through the pipes. See Beyond Bash for an exposition of this philosophy by Ammonite’s creator.

A more revolutionary approach is to fulfill the vision of shell, but in a modern context with datatypes. This is what PowerShell tries to be.

I originally took the UNIX tools and made them available on Windows, and then it just didn’t work. Right? Because there’s a core architectural difference between Windows and Linux. On Linux, everything’s an ASCII text file… In Windows, everything’s an API that returns structured data… I came up with this idea of PowerShell… It’s a pipeline of objects and with the objects, you know, there’s none of the prayer-based parsing.

–Jeffrey Snover in an interview with To Be Continuous

This is not an original idea, but I think my presentation of it is unique.

I am genuinely interested in opposing opinions, so drop a comment explaining why shell scripts are useful. Disqus’s free tier now has disgusting ads, so I switched away from it. You can comment in one of these places instead: 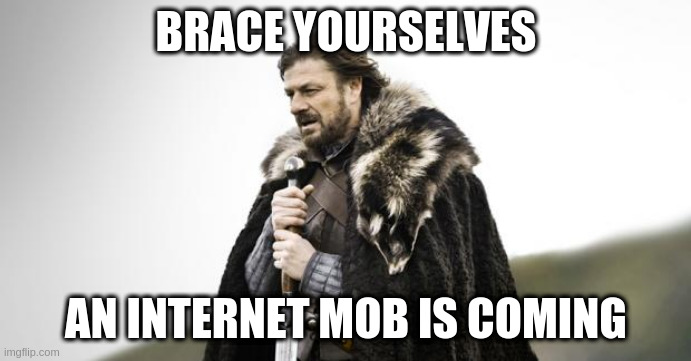